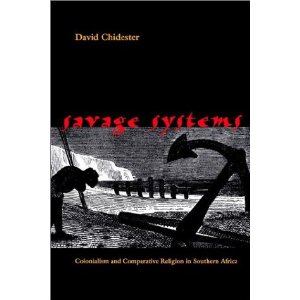 The Washington Posts’ foreign affairs columnist David Ignatius has written a remarkably simplistic column based on the findings of the Pew Research Center. Here’s how it starts:

God had a good convention: The Almighty’s name was mentioned (albeit at the last minute) in the platform at the Democratic National Convention. And He was invoked no less than 12 times in the Republican platform, in case He is keeping score.

But the real news is that God is having a strong millennium, according to some fascinating poll results from the Pew Research Center. The data show that even as the developing world is getting more modern, it is also getting more religious, with especially sharp gains for both Christians and Muslims in sub-Saharan Africa.

As Eion O’Mahony tweeted: “The use of the phrase “God is having a strong millennium” should be indication enough to stop reading.” Exactly. Ignatius assumes that if Christians and Muslims are gaining numbers then religion is growing. As Per Smith pointed out, Ignatius equates religion with the Abrahamic traditions. This gets particularly problematic in his discussion of what’s going on in Africa.

Sub-Saharan Africa is seeing one of the great religious booms in history, according to data in an April 2010 Pew study that drew on more than 25,000 interviews in 19 countries. The study found that, since 1900, the Muslim population has increased 20-fold, to 234 million. The growth of Christianity there has been even more spectacular, growing 70-fold to 470 million. People are passionate about their religion, either way, with nine in 10 saying it is very important in their lives.

Apparently there was no religion in Africa before Islam and Christianity showed up. I wonder why Christianity has grown so much in Africa since 1900? I wonder how it got there to begin with? Maybe the long history of European colonialism has something to do with it. Maybe this isn’t “a religious boom” but the results of a much earlier mercantile boom in which Christian Europe carved Sub-Saharan Africa into a RISK board.

Ignatius offers no explanation for this religious boom but it seems irresponsible and simplistic to ignore the role colonialism has played in shaping religious identity in Africa. Claiming that the rise of Christianity is a religious boom relegates all African religious practice before Christianity to some category outside of religion. It rehearses a history in which Africa is characterized by the absence of religion prior to European contact.

I don’t want to knock Ignatius around too much, but his column should serve as a reminder that the problems of defining and measuring religion are often ignored in the press. Now, I’ll leave it to David Chidester to make the final point about the relationship between the absence of religion and colonialism:

The discovery of that absence developed layers of strategic value in European encounters with others. Although the denial of religion carried a significance that varied according to he specific context in which it was issued, the assertion that people lacked a religion signified, in general terms, an intervention in local frontier conflicts over land, trade, labor, and political autonomy.

One thought on “WaPo Column Ignores History, Colonialism, and the Problem of Religion”