The American Academy of Religion’s annual shindig is over and with Thanksgiving in the rear view mirror and a fridge full of leftovers it’s back to work. I won’t do a full recap, but I will say that my favorite two panels were both “author meets critics” style. One on Tracy Fessenden’s Culture and Redemption and another on John Lardas Modern’s Secularism in Antebellum America. I got nonspecific Protestantism on the brain; or as someone on the Fessenden panel described it, “nefarious Protestant hegemony.”

Over at Religion in American History, Karen Johnson posts about the feast of great panels at this year’s meeting. Meanwhile, Matt Sheedy thinks through the experience of conferencing.

And if you haven’t seen Mark Oppenheimer’s NY Times article on the AAR’s decision to shun the Hyatt over it’s labor dispute with hotel staff be sure to check it out. It’s been blowing up my Facebooks over the weekend. Apparently it blew up Craig Martin’s too, as he posted a response to the story that argued the newspaper article misrepresented and exoticized the AAR.

I tweeted Oppenheimer a link to the Martin post and he responded:

@MichaelJAltman Thrilled religion writing blows up anyone's FB. Some of critique sound, but dsnt quite get what can be done in 1000 words.—
Mark Oppenheimer (@markopp1) November 26, 2012

@MichaelJAltman Should also say that if I'm exoticizing anyone, it's myself too, with my PhD in religious studies. These are my people.—
Mark Oppenheimer (@markopp1) November 26, 2012

Speaking of Twitter, I think it’s time for the AAR to step up its game when it comes to organizing the use of social media at the annual meeting. The tweets were all over the place, under different hashtags, and with no idea which panel they were reacting too. The #sblaar hasghtag was a mess. And this was with only a relatively small number of attendees tweeting. Without going back and sifting through the tweets (and was anyone even archiving them?), all I remember seeing were tweets from religious studies folks I already knew about panels I was already in (mostly related to secularism, American religion, or pop culture) or biblical studies types. (BTW, those NT and OT folks are much harsher on each other via tweet than us Americanists. We’re downright cuddly.)

The AAR needs to include a “Social Media” info box in all of the pre-conference and conference books they send out that lays out the hashtag (that includes the date, e.g. #aar13) and recommends how to identify the panel (e.g. #A14507). And someone needs to archive these. Ever the social scientist who knows how to code his data, Jonathan VanAntwerpen offered great examples of how AAR tweets should look next year:

Reflecting on the conference as a whole, though, I think the use of Twitter, split mostly between Americanists and SBL-ers, and Martin’s critique of the Oppenheimer piece are examples of a larger theme I noticed throughout the weekend. The AAR is a fractured society. We have folks arguing for a liberal political theology while other folks analyze Protestant hegemony in American culture. Even on the same panels I continually see a divide between papers that are rigorously critical and those that are, to borrow a phrase from a colleague, “woo woo.”

Often in introduction to religious studies courses the instructor will trot out the well worn story of the blind men touching the elephant. We all describe different parts of this big religion elephant. The story can be an apology for a big tent approach to theory and method or a lesson in perennialism. But that story doesn’t really capture the state of the field and the AAR right now. We are not all blind men feeling the religion elephant. There are some of those blind men out there, grasping after this thing called religion as if it was the elephant in the room and finding different aspects of this giant unknowable beast. But there are also others standing in a corner yelling “There is no damn elephant!” And then there still others who can see the elephant and are standing over it with knives in hand ready to butcher the pachyderm, hoping to dissect and parse its organs in order to discover how it ever came be in the first place.

The challenge for the AAR in the next 10 years is to find places for all three of these folks and maintain some sort of institutional identity that can hold them. Can it provide a space for the blind men to debate the nature of the elephant? Can it offer a podium and megaphone for those who want to deny the elephant of religion and claim the animals of ideology or culture as their species of study? Can it sharpen the tools and provide the laboratory for the dissection-after all an elephant requires a lot of space? We shall see. But in the next year, let’s just get a better hashtag. 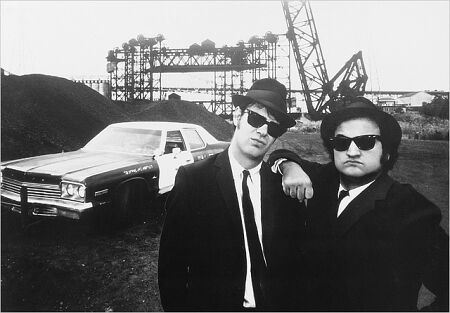 It is time to head to Chicago for the annual meeting of the American Academy of Religion. This year I am excited to be part of an excellent roundtable discussion of transnationalism and religion in America. Here are the details:

North American Religions is, in some ways, a category of wishful thinking. Much of the work that goes on within the category is still largely divided by national borders, whether only those delineating the big three of the U.S.A., Mexico, and Canada, or including the islands of the Caribbean. Transnational approaches to religion push scholars to see anew the ways that nation-states have circumscribed our own imaginative limits within the geographical space of “North America”. When immigrants, pipelines and revivals continue to cross North American borders amidst passionate, and even theologically-fuelled debates, scholars of religion require theoretical and methodological tools that highlight how these circulations are economic, political, symbolic, and embodied processes. While the idea of transnational North American religions is not new, this panel will further discussion about the theoretical underpinnings of that field of study and emphasize how important interdisciplinary approaches and methodologies are to advancing previous projects.

Beyond this panel, also check out the great line up of panels from the North American Hinduism Group. I’ve been elected co-chair of that group for next year but I’m starting my promotional duties now. Check out the mobile app or the program book for the details of those fascinating panels.

I will also be tweeting from the conference so keep an eye on my twitter feed and the #sblaar hashtag.

Tulsi Gabbard, the First Hindu in the U.S. Congress?

The Religion News Service has posted  an excellent profile of Tulsi Gabbard, the Democrat running for Congress in Hawaii’s 2nd district. Gabbard is leading in the polls by a whopping 52 points and should win in a landslide. Of course, her opponent, Kawika Crowley, lives and campaigns out of bumper-stickered white van. If Gabbard wins, she will be the first Hindu in the United States Congress.

In the RNS article, reporter Omar Sacirbey notes some of the push back non-Christian religions have experienced in Congress:

Not everyone would welcome a Hindu into Congress. When self-proclaimed “Hindu statesman” Rajan Zed was asked to open the Senate with a prayer in 2007, the American Family Association called the prayer “gross idolatry” and urged members to protest; three protesters from the fundamentalist group Operation Save America interrupted the prayer with shouts from the gallery.

Then-Rep. Bill Sali, R-Idaho, said the prayer and Congress’ first Muslim member “are not what was envisioned by the Founding Fathers.” Former presidential candidate Rick Santorum told supporters this summer that equality was a uniquely Judeo-Christian concept that “doesn’t come from the East and Eastern religions.” Crowley, in an interview with CNN.com, said Gabbard’s faith was incompatible with the Constitution.

The AFA, Rick Santorum, and Kawika Crowley all sum up notions about Hinduism that have been ingrained in American culture since the early nineteenth century. When the AFA called a Hindu prayer “gross idolatry” they were invoking a view of Hindu religions that began with early European encounters in India and spread throughout America during the rise of the American Board of Commissioners for Foreign Missions (ABCFM) and the missionary movement as a whole. British missionary apologist Claudius Buchanan’s image of the bloody “Juggernaut” (an Anglicization of the god Jagannath) was a popular image of Hindu idolatry in America and Britian. When the ABCFM sent missionaries to Bombay in the first third of the nineteenth century they sent back accounts of “Hindoo idolatry” to be published in missionary magazines. These images dominated the American evangelical imagination of India and the Hindu other throughout the nineteenth century and even to today.

Similarly, Santorum and Crowley’s claim that Hinduism has no claim on the Constitution or American ideas of equality also has roots in the nineteenth century. As a Protestant moral establishment took control of American culture in the nineteenth century they sought to imagine America as a land of white/Protestant/democracy. In this scheme India became a land of dark/Hindu (or heathen)/caste. American writers, in genres ranging form magazine articles to school textbooks, consistently represented India as the opposite of America. Where Hinduism encouraged a hierarchical caste system in India, Christianity encouraged equality in America. Needless to say, both of these representations of Hinduism-as either idolatry or inequality-tell us less about Hinduism and more about the people propounding them.

The RNS article does a great job of outlining Gabbard’s own Hindu belief and practice. She served in the National Guard and was deployed in Baghdad and Kuwait. In that light, I find it interesting that she singles out the Bhagavad Gita as central to her understanding of Hinduism, as that book is itself a meditation on war and the warrior’s duty. Gabbard’s reference to the Gita also reflects another longstanding image of Hinduism in America. Beginning with the first English translation of the Gita by British Orientalist Charles Wilkins in the late eighteenth century, the Gita has been central to more positive representations of Hinduism in America. Ralph Waldo Emerson, Henry David Thoreau, and Walt Whitman all praised the wisdom of the book. Furthermore, in a culture dominated by logo-centric Protestantism, the Gita was often cited as the “Bible” of Hinduism and compared with the New Testament, with Krishna and Christ put alongside one another.

So, as Tulsi Gabbard runs for, and probably wins, a seat in the the U.S. Congress the earliest American ideas about Hinduism, both for good and ill, endure. Now, if only someone was writing a dissertation about this…