Much of the recent coverage of the newly named Pope Francis I has focused on his role as a reforming pope for a church in crisis (e.g. this and this). It struck me that the “reforming pope” seems like an easy narrative to tell about a new pope so I did a quick search of the Making of America digital archive for “new pope” during the nineteenth century.

From the August 1846 issue of The American Whig Review regarding the new Pope Pius IX:

It is hoped, and confidently predicted, that he will administer the Papacy with moderation and discretion, and that he will introduce into the Papal states some of the reforms which have been so long and so greatly needed…

Caution and sou discretion, as well as boldness and vigor, will be required to introduce a new order of things.

From The Atlantic MonthlyÂ May 1878 regarding Pius IXâ€™s successor Leo XIII upon his election:

Leo XII is certainly no fanatic, nor is he ignorant of the times in which he lives…Whatever the ends he may propose to himself, he will not seek to meet political antagonism by organizing medieval crusades; nor will he attempt to resist Protestantism or to put down infidelity by decreeing new honors to saints in paradise, or by accumulating new dogmas upon an already seriously overladen faith…

[If he] is to be an ecclesiastical reformer, as so many hope, he is not the name to make effusive announcements of his designs to the world beforehand, nor prematurely to arouse the violent resistance of the ultramontane party and the Jesuits by abrupt innovations or startling reversals of the measure of his predecessor.”

My point with these two examples is not to say anything about these popes and their status as reformers, but rather to highlight how American observers are always imaging and hoping for a reforming pope. For non-Catholic American observers, the new pope is always hoped to be a reformer, whatever that may mean at the time. 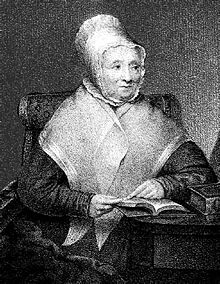 So, in the spirit of IWD I present a section of Hannah Adamsâ€™ An Alphabetical Compendium of the Various Sects which have Appeared in the World from the Beginning of the Christian Era to the Present Day (1784). This was the earliest work of comparative religion in America and the section below is the earliest account of Hindu religions penned by an American. For more on Adams remarkable career I recommend Gary D. Schmidtâ€™s A Passionate Usefulness: The Life and Literary Labors of Hannah Adams (2004).

MOGULâ€™s EMPIRE. The original inhabitants of India are called Gentoos, or, as others call them, Hindoos. They pretend thatÂ Brumma, who was their legislator both in politics and religoin, was inferiour only to God; and that he existed many thousands of years before our account of the creation. They Bramins-for so the Gentoo Priests are called-pretend, that he bequeathed to them a book, called the Vidam, containing his doctrines and instructions; -and that though the original is lost, they are still possessed of a commentary upon it, called the Shahstah, which is wrote in the Shanscrita language, now a dead language and known only to the Bramins, who study it.

I defended my dissertation, “Imagining Hindus: India and Religion in Nineteenth Century America,” yesterday. This is what I felt like doing afterward: